Following two successful tours of Bournemouth/New Forest, we decided this year to go a bit further afield. Overseas in fact – across to the Isle of Wight! We also had a new captain – Alan Clark.

On the Saturday, we were supposed to play Brighstone. However, due to mistake by the groundsman (who double booked), we ended up playing another touring team, Kingston upon Thames from Surrey. They were late arriving! 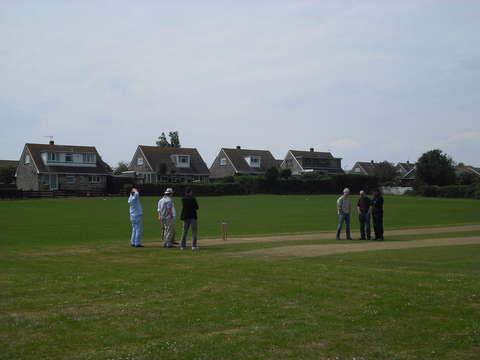 Graham Hawkins (hands on head), “I can’t believe it, no opposition” 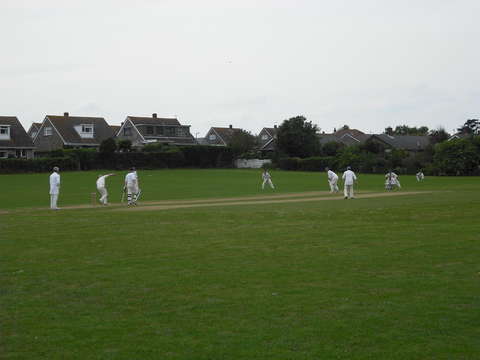 Finally, Kingston turn up and the match gets underway. Holton are batting, John Simpson on strike. 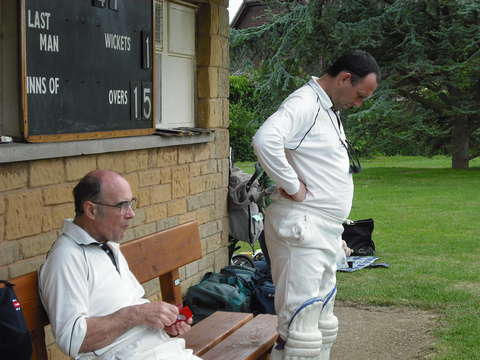 Holton are 15 for 1 and the tail enders are padding up.

“I just can’t believe the size of my paunch”

Neil Robinson (looking smug): “I can eat chocolate all day long and stay slimmer than him.” 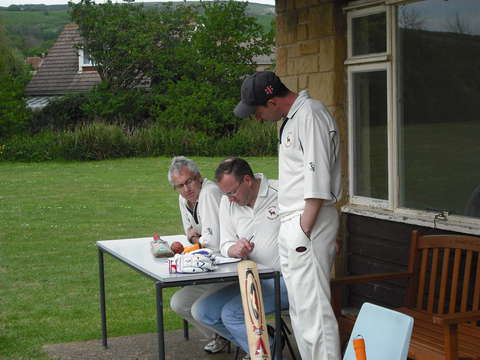 Club accountant, checking his score. “Are you sure the umpire signalled leg bye?” 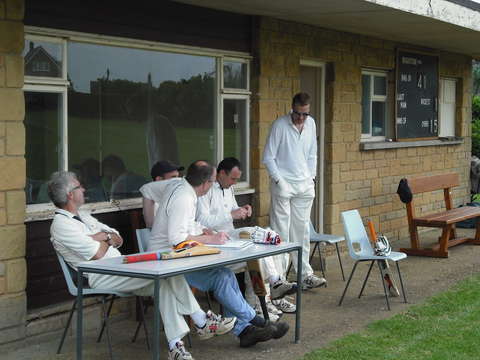 “Now look here, if I want to play in blue jeans, who’s to say I can’t” 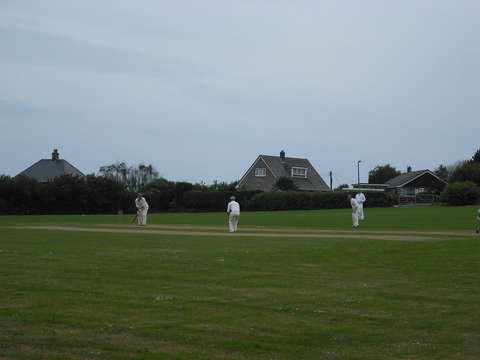 John Simpson, oblivious to what’s happening at the pavilion, prepares for the next delivery. 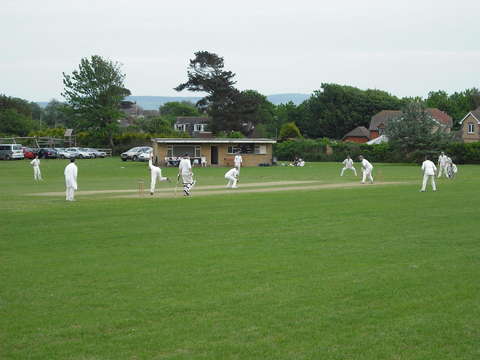 View from the other end, umpire Simon Robinson looks on hopefully. 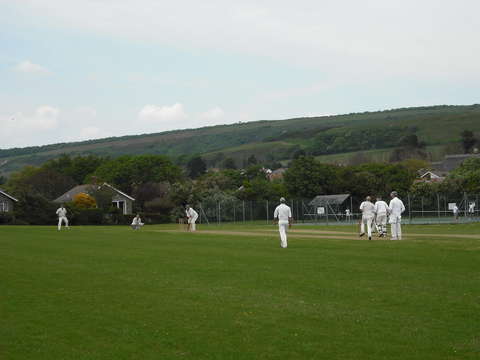 Back to the other end and it’s David Peddy’s turn to umpire. 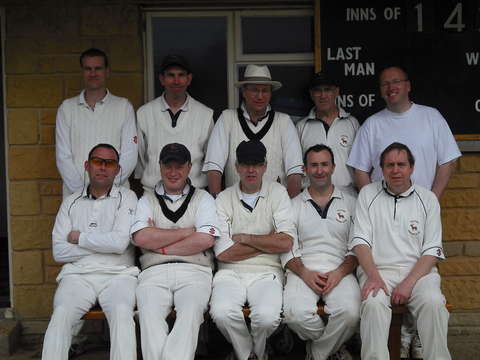 Break for tea. Time for a team photo. 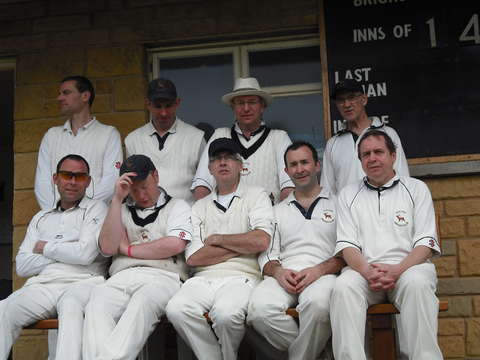 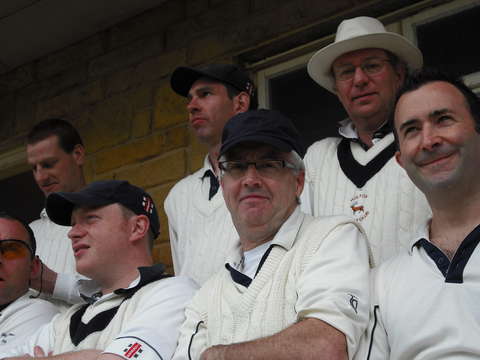 “Heather, stop messing with the zoom” 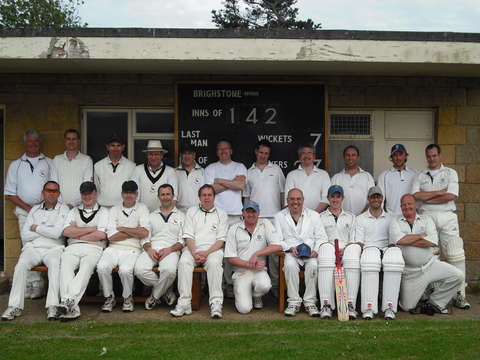 OK, welcome Kingston, now we have 21, still one missing!

By the way, if I recall correctly, Holton scored about 142 for 7, innings closed.

I was too busy yawning/fielding to take any more pictures. Kingston used just four bowlers and three of the same scored the runs to win by 9 wickets. At least we all had a game! 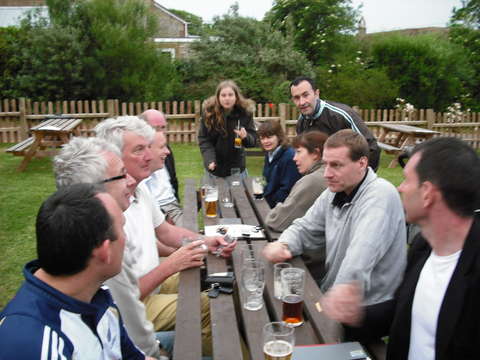 The main action of the day!