On Sunday we faced Shanklin. A prettier place to play cricket, you could not imagine. 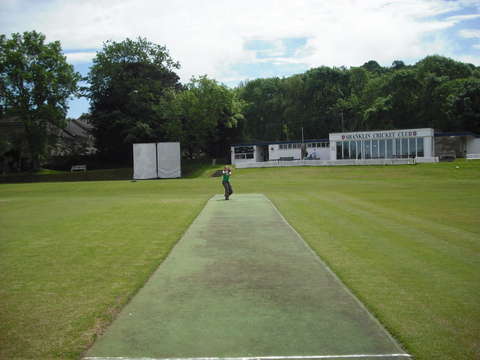 Opening bowler, Heather, gets in some pre-match practice!

The games starts on time and Shanklin score 162 for 6. John Simpson and Graham Hawkins get three wickets each. 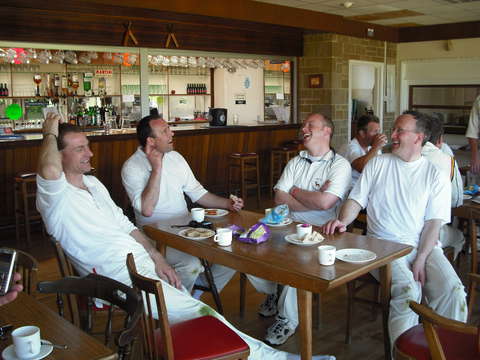 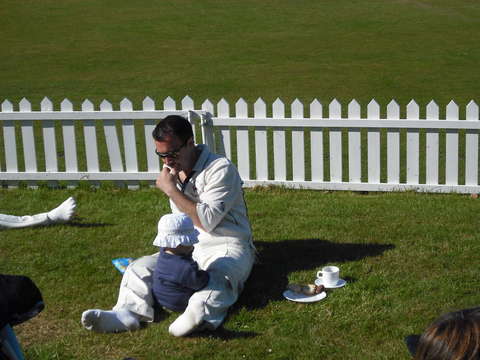 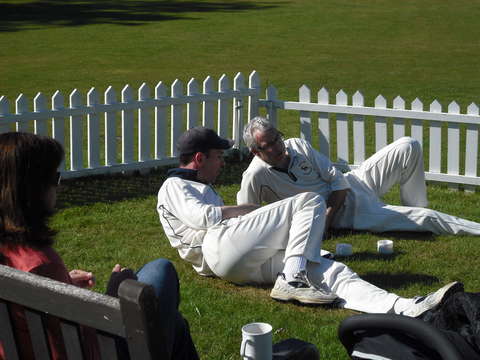 Alan Clark and Simon Switala discuss how Holton are going to chase down the runs. 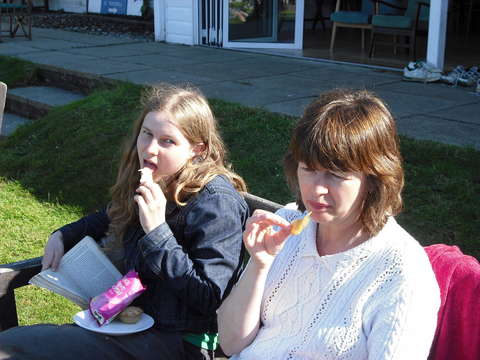 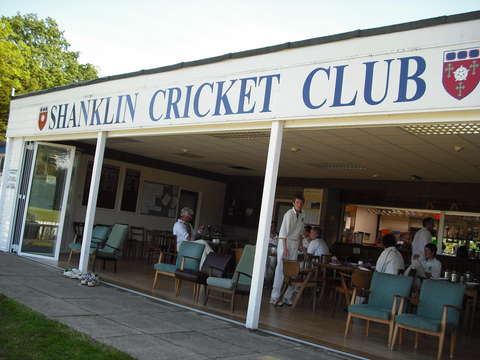 Mr President catches up on the news. 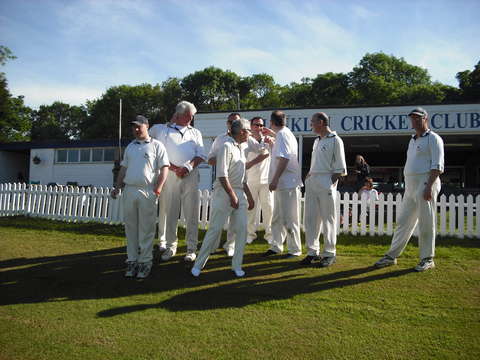 Alan C sorts out his team for the match photo. “No, I’m standing over here on the right”

“Look everyone, I can stand on tiptoes” 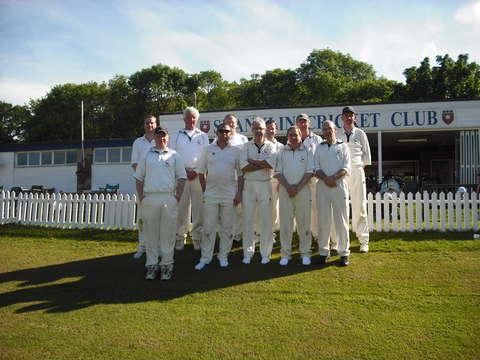 Nice that you could make this one David! 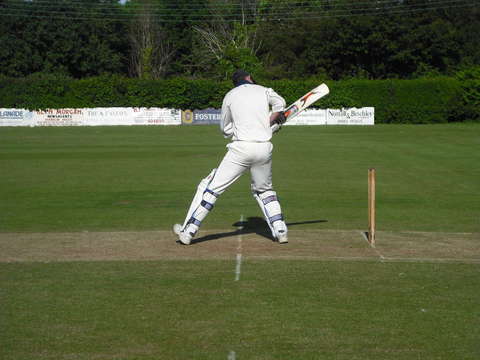 Simon Switala watches carefully as the ball whizzes by. Simon went on to score 30. 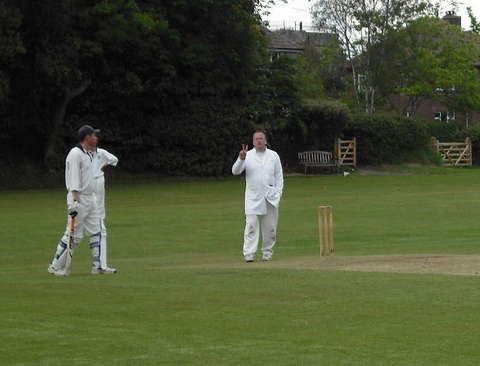 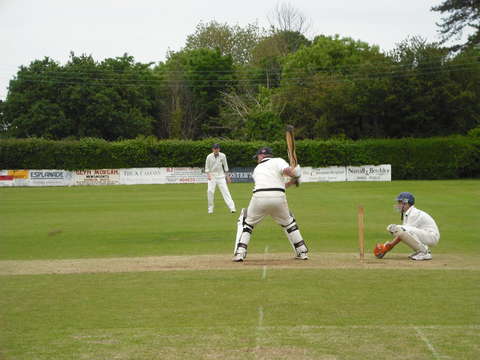 James Race waiting for the short one. 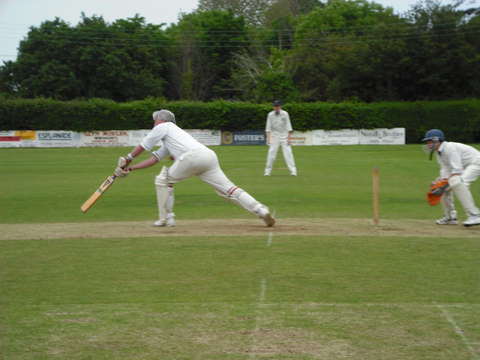 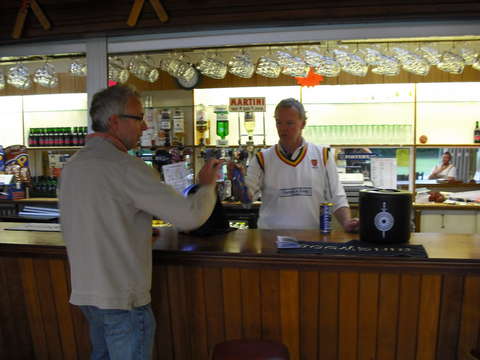 Back to the bar and time for the presentation. Holton have fallen by just 11 runs.

The end of a very enjoyable weekend, the final game being played at a fantastic venue against a very sporting bunch of lads. Thank you Shanklin CC.